Arriving with Every Step

Emergence practices offer meaningful ways of connecting to the living world, inviting you to bring an element of one of our stories into your life. Inspired by the multimedia piece “Shikoku Pilgrimage,” this practice invites you to begin a journey from home through the simple practice of pilgrimage.

In the spring of 2018, I spent ten days on the Shikoku pilgrimage in Japan. During this time, as I visited nine of the eighty-eight Buddhist temples that make up the pilgrimage—and traveled between them—there were two things that struck me, again and again. One was present in the joyful and weary and determined faces of pilgrims, both at and between temples. It’s still hard to say exactly what it was—some quality I don’t see at the grocery store or at the park or stuck in traffic or riding my bike. It wasn’t quite a sense of direction, for we all move in many directions on any given day. And it wasn’t purpose, per se. It was, maybe, a simultaneous sense of profound belonging and un-attachment. At once a knowing and not-knowing. An ability to both arrive and depart with every step.

The other thing that struck me was the presence of the land, for the landscape in Shikoku is not only beautiful, it is prayerful. The pilgrimage route is not an imposed or fleeting human path; it is an enduring one that the land invites us to travel. Mountains, trees, water—the natural world is inseparable from the human feet that touch the ground. With each step, the pilgrim arrives into an unfolding song.

To be a pilgrim is to set aside, for a while, worldly concerns. To do the daring thing in these days of media and in this age of clocks: taking your time in getting somewhere, or leaving time behind altogether. To travel to a place for the sake of the place and for the sake of the travel. To allow point A and point B to give way to possibility, to mystery. You are meant to allow the journey to do its work on you. 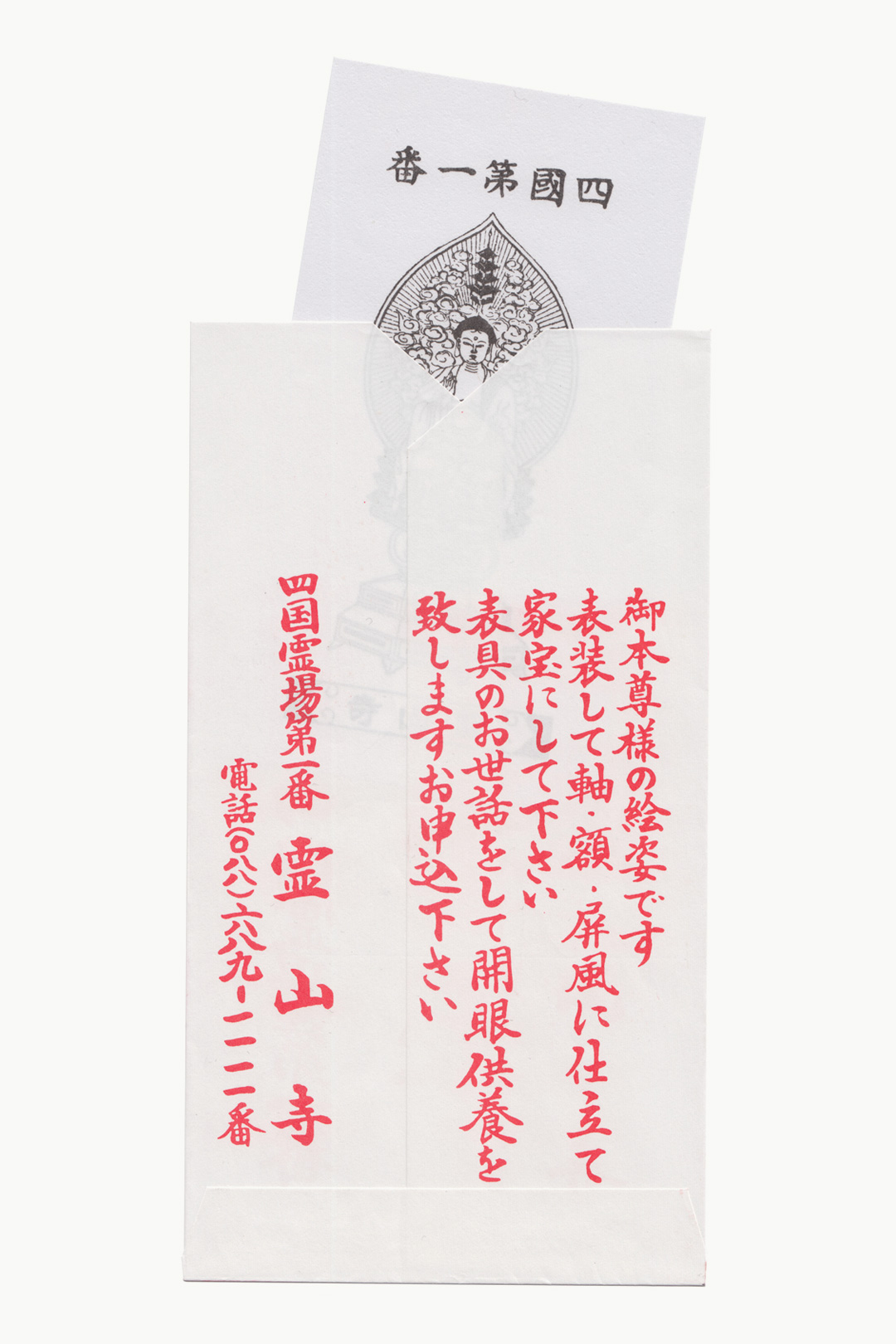 Think of a place that, for you, is holy. It should be a place that you are able to travel to, though you need not travel far. It might be a two-hour walk or fifteen-minute bicycle ride or several-hour trip in the car. It need not be a religious place, though of course it can be. A holy place is simply that which brings you into relationship with what is greater, more expansive, than yourself. A place of prayer, healing, memory, awe, beauty; a place that moves you, a place you dream about, a place you think of often. A childhood home. A church or mosque. A meadow. 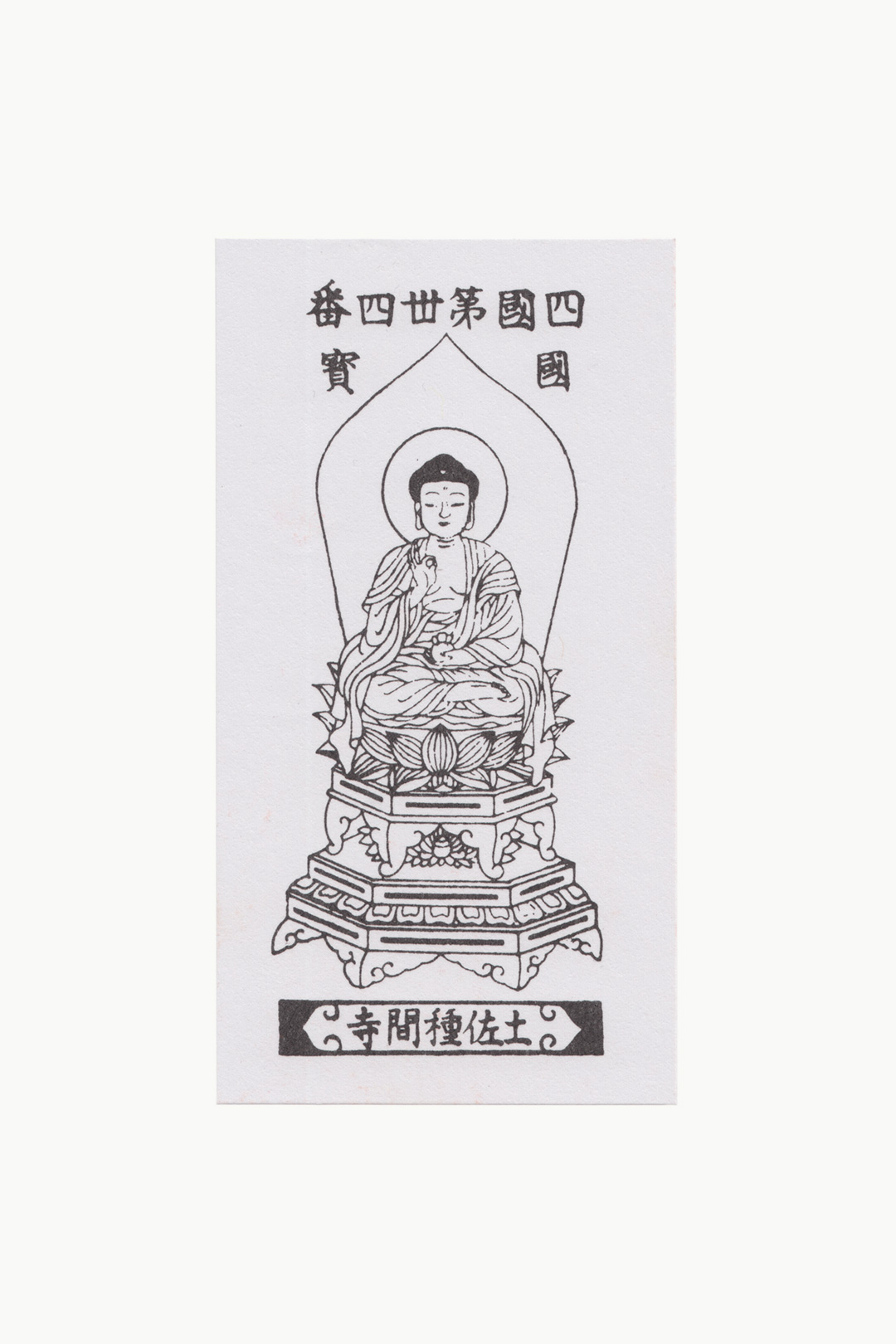 There are as many catalysts for pilgrimage as there are pilgrims. While you do not need—and might well prefer not to have—a clear reason for journeying to this holy place, it is useful to carry with you an intention, a feeling, a question. This is not a casual outing, but a thoughtful and prayerful practice of moving through the world. On Shikoku, pilgrims carry physical objects that are symbolic of their journey: a staff that represents the venerated saint Kōbō Daishi, copies of the Heart Sutra, slips of paper on which they write prayers. You, too, may want to carry several symbolic items with you. Try to leave your day-to-day obligations behind, just for a while. 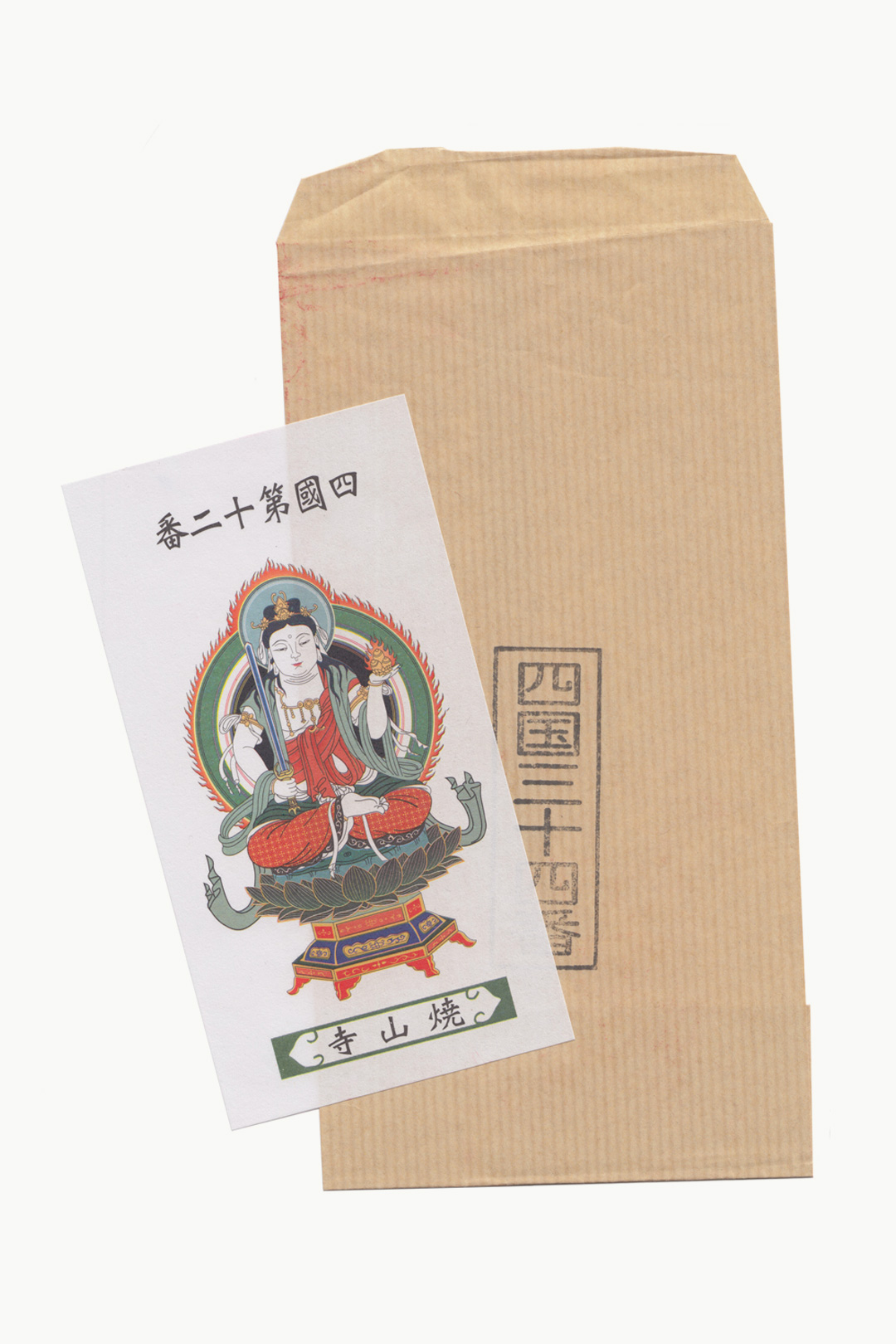 Whether you walk, bike, or drive, the journey ought to take some time. A couple of hours, even a couple of days. Walking is a wonderful way to move while on pilgrimage. It forces us to slow down and pay attention to what is around us. We notice our feet and where we place them; we notice the air on our skin, the sun providing us a guiding light. However you decide to travel, try not to listen to music or podcasts or talk on the phone. Slowing down invites us to notice the sensate world. The practice of noticing and giving attention to our surroundings can, in turn, help us to cultivate an inner stillness, quieting the chatter of our minds. Outwardly, we travel to a sacred site. Inwardly, we move toward deeper connection, deeper understanding. 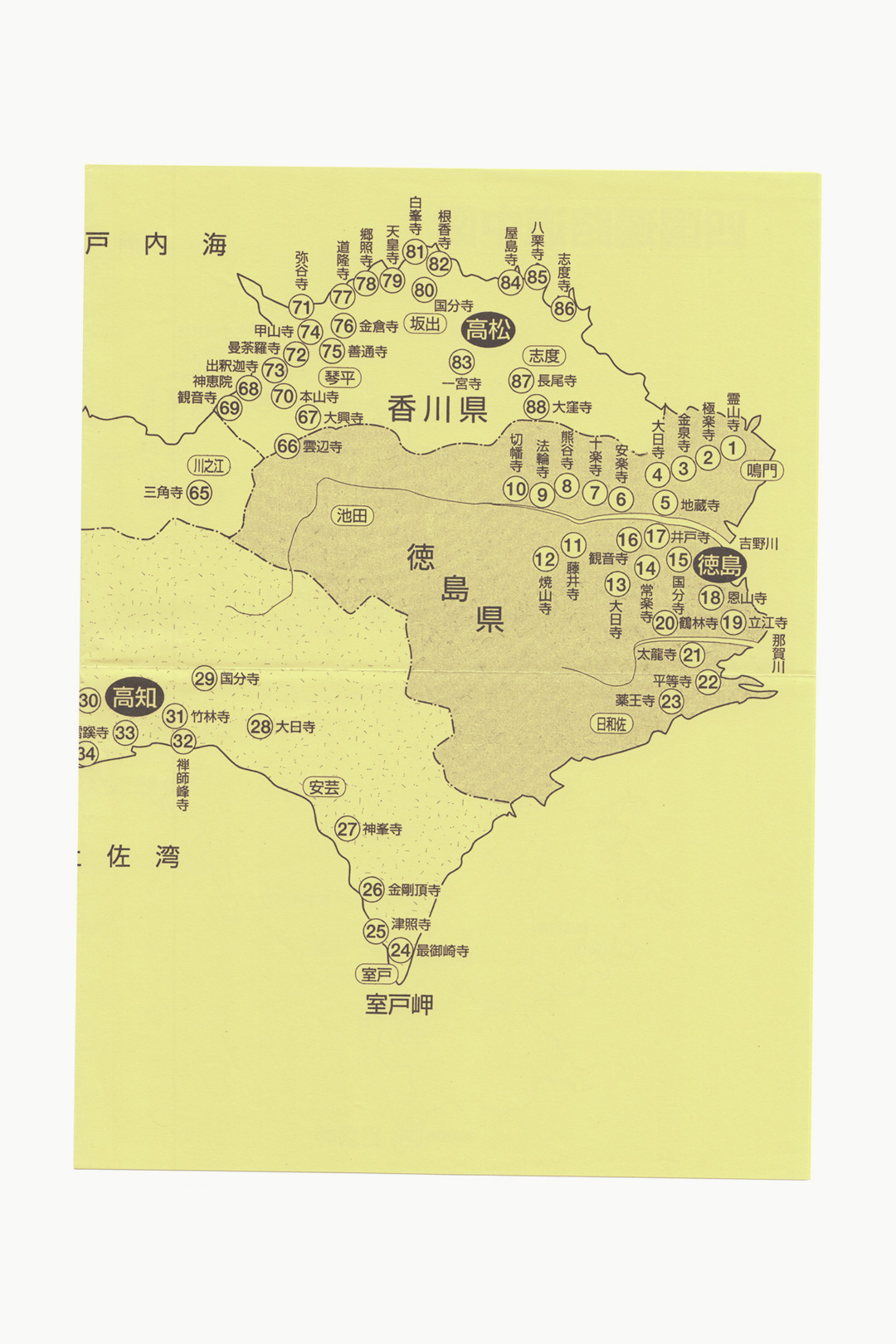 A common pilgrimage practice is circumambulation: to move in a circle around something so that it becomes a sacred center, an axis mundi. You may want to try this when you arrive at your holy site. If you’ve arrived at a place of worship, you may want to do just that and participate in a service or ritual. If you’ve come to a natural setting, perhaps you’d like to simply sit in silence or sing or lie down and rest. Arrive with respect and reverence and gratitude, however that looks for you and for this place. 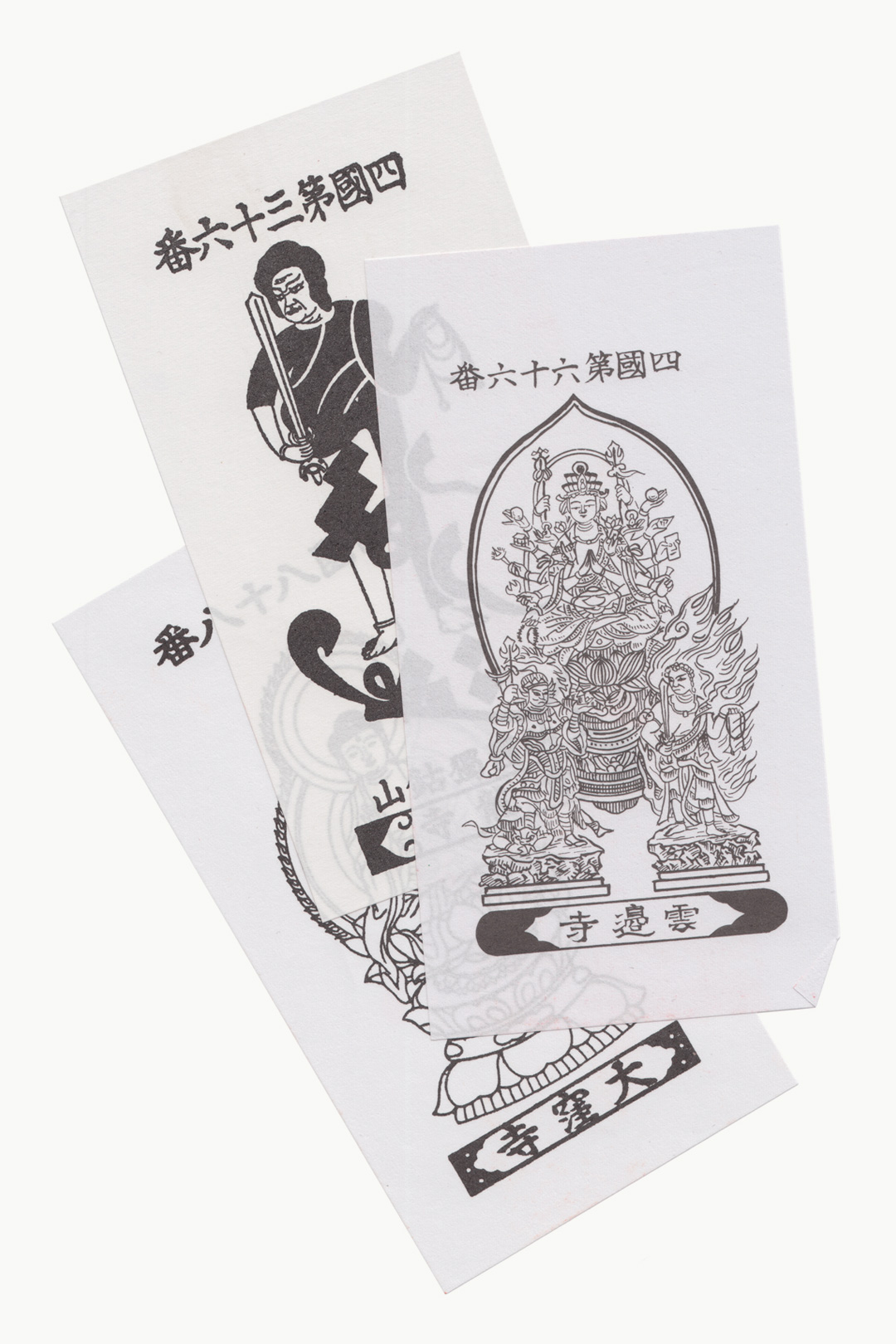 One of the most beautiful and mysterious things about pilgrimage is that the journey does not simply end once we’ve arrived at our destination, nor even when we’ve arrived back home. The journey is a practice, a prayer, a seeking. Arriving back home from a quest to a holy site is really only another beginning.

Following the route of 88 Buddhist temples on the Shikoku Pilgrimage, this rich multimedia story brings you into an ancient landscape.

Being with the Dark

The Aromas of Trees: Five Practices

Listening to the Language of Birds

by Chelsea Steinauer-Scudder
March 8, 2018
Emergence Magazine’s Newsletter
Thanks for signing up for our newsletter (: