Aletheia Casey is a photographic artist based between Sydney and London. Her work has been featured in The Guardian, The Sunday Times Magazine, BBC London, BBC World, Australian Associated Press, and elsewhere. She was named “31 photographers to watch” by the British Journal of Photography, and is the recipient of the Judge’s Commendation for the Iris Award at the Perth Centre for Photography, winner of The Magenta Foundation Flash Forward Emerging Photographer Award for the UK, and a finalist for the National Photographic Portrait Prize. She is a founding member of Lumina Collective and a photography lecturer at The Royal Academy of Art in The Hague, and London College of Communication.

Not long before the arrival of the coronavirus, bushfires were raging across Australia. In this photo essay, Aletheia Casey revisits images she captured of her home landscape and reimagines them. She offers a reflection on the bond that these disasters share: the theft of breath and the fragility of life. 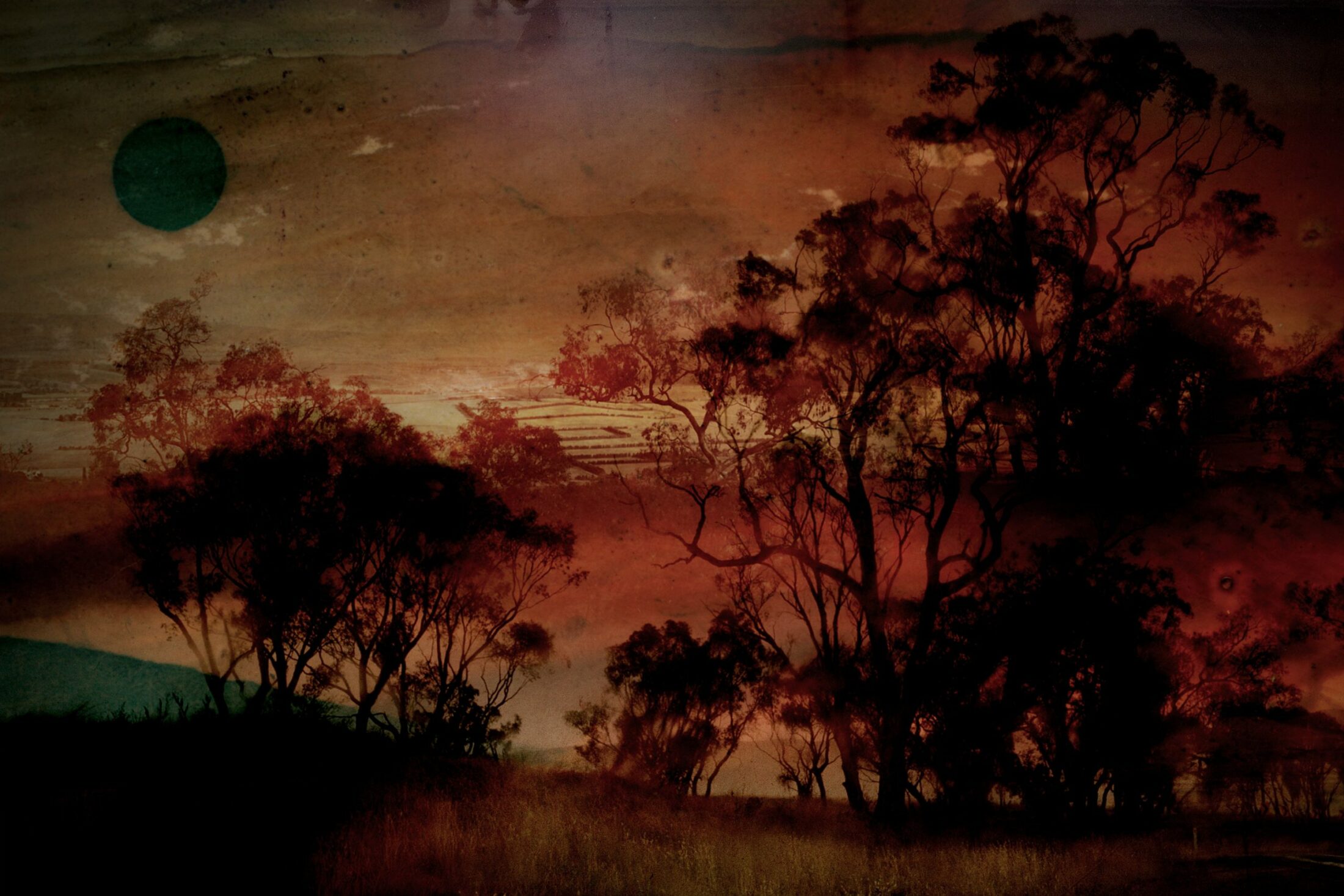 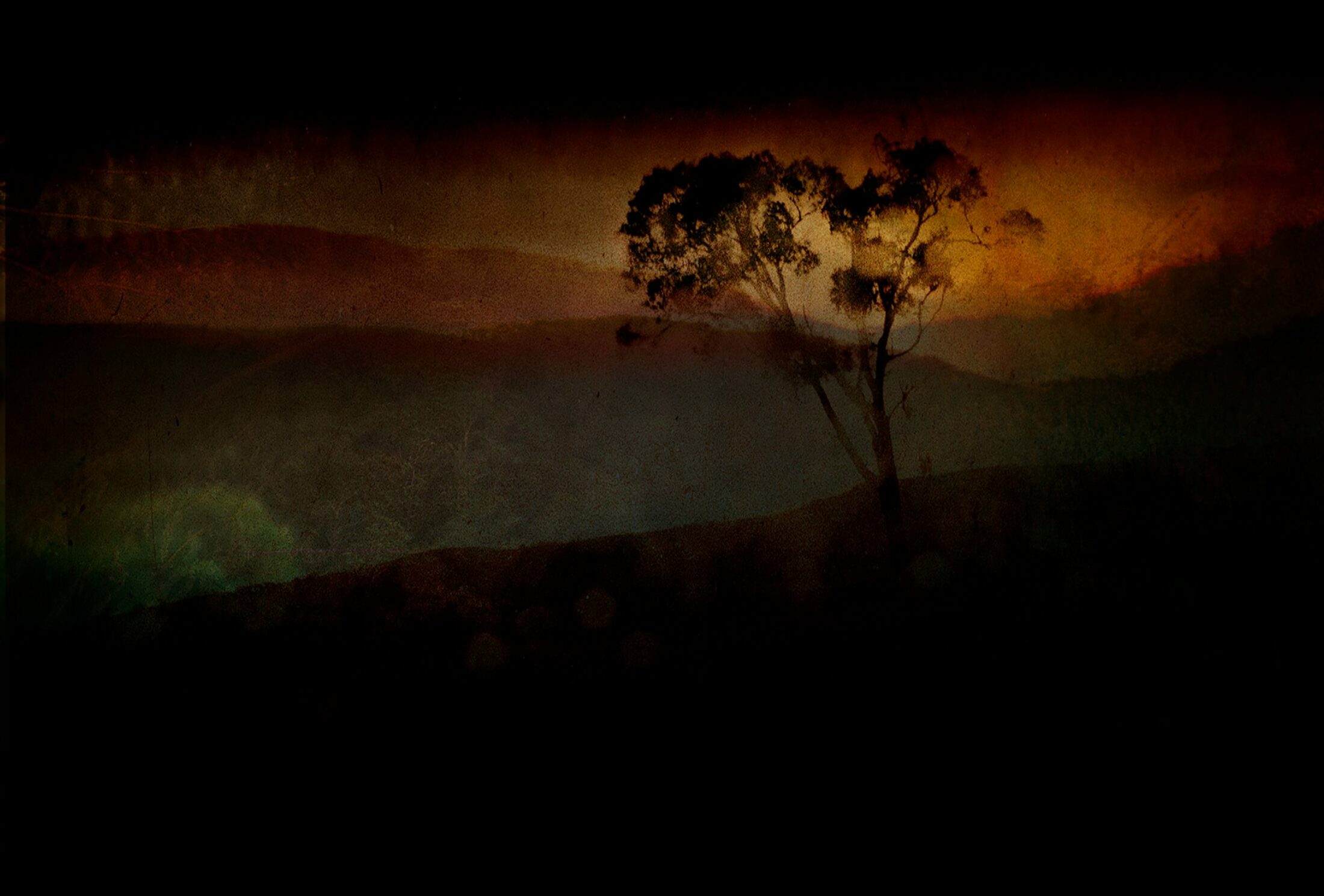 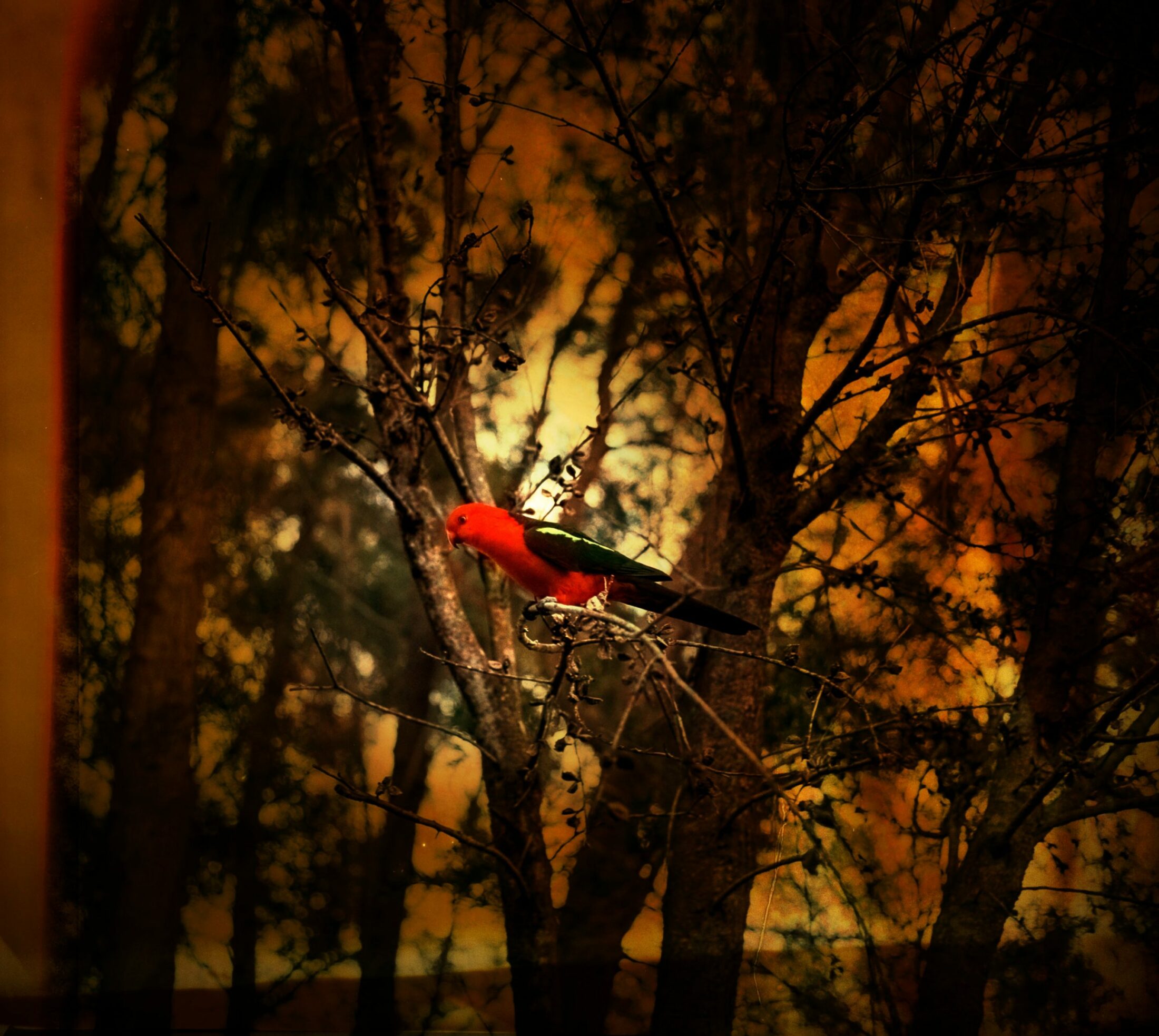 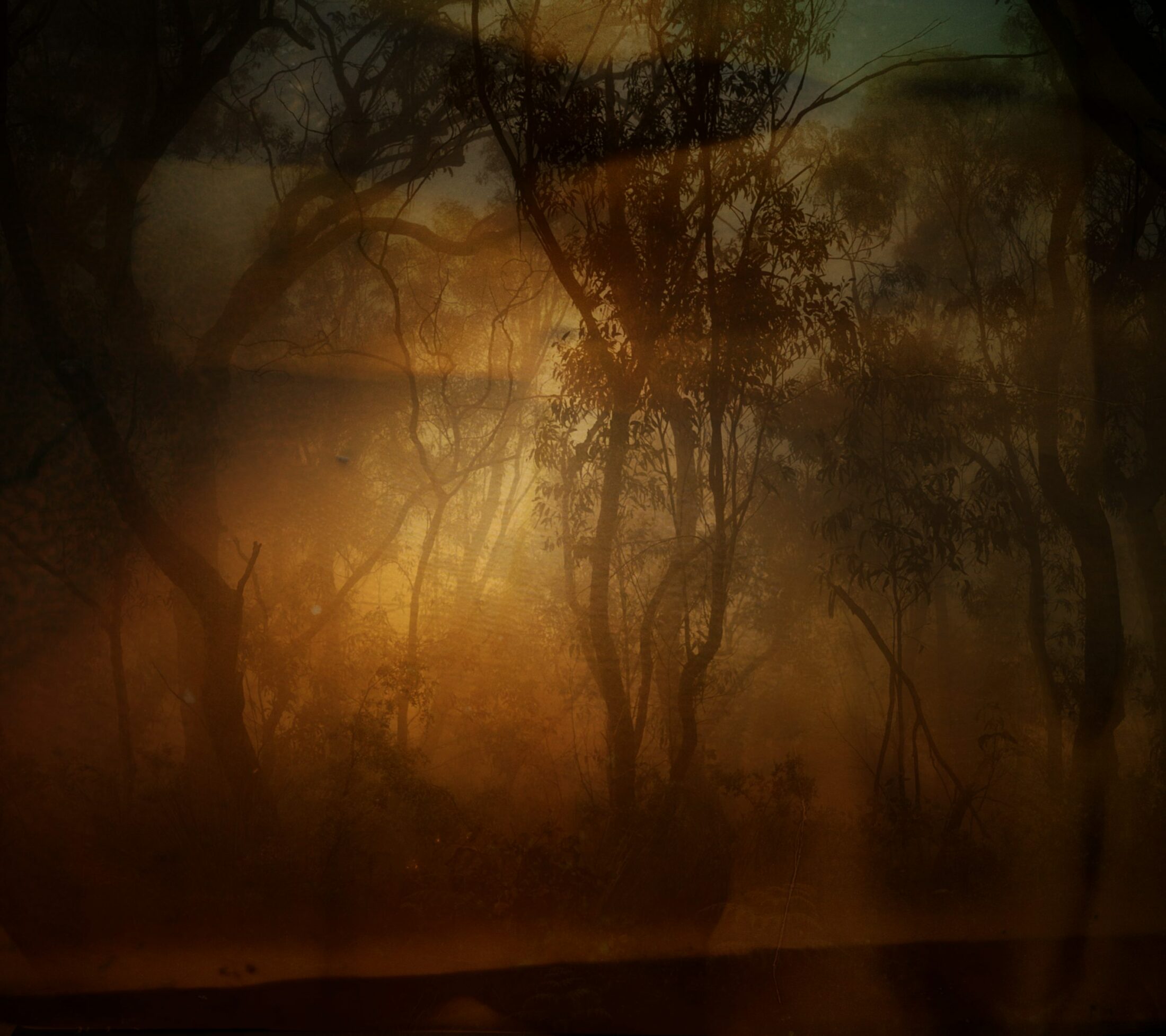 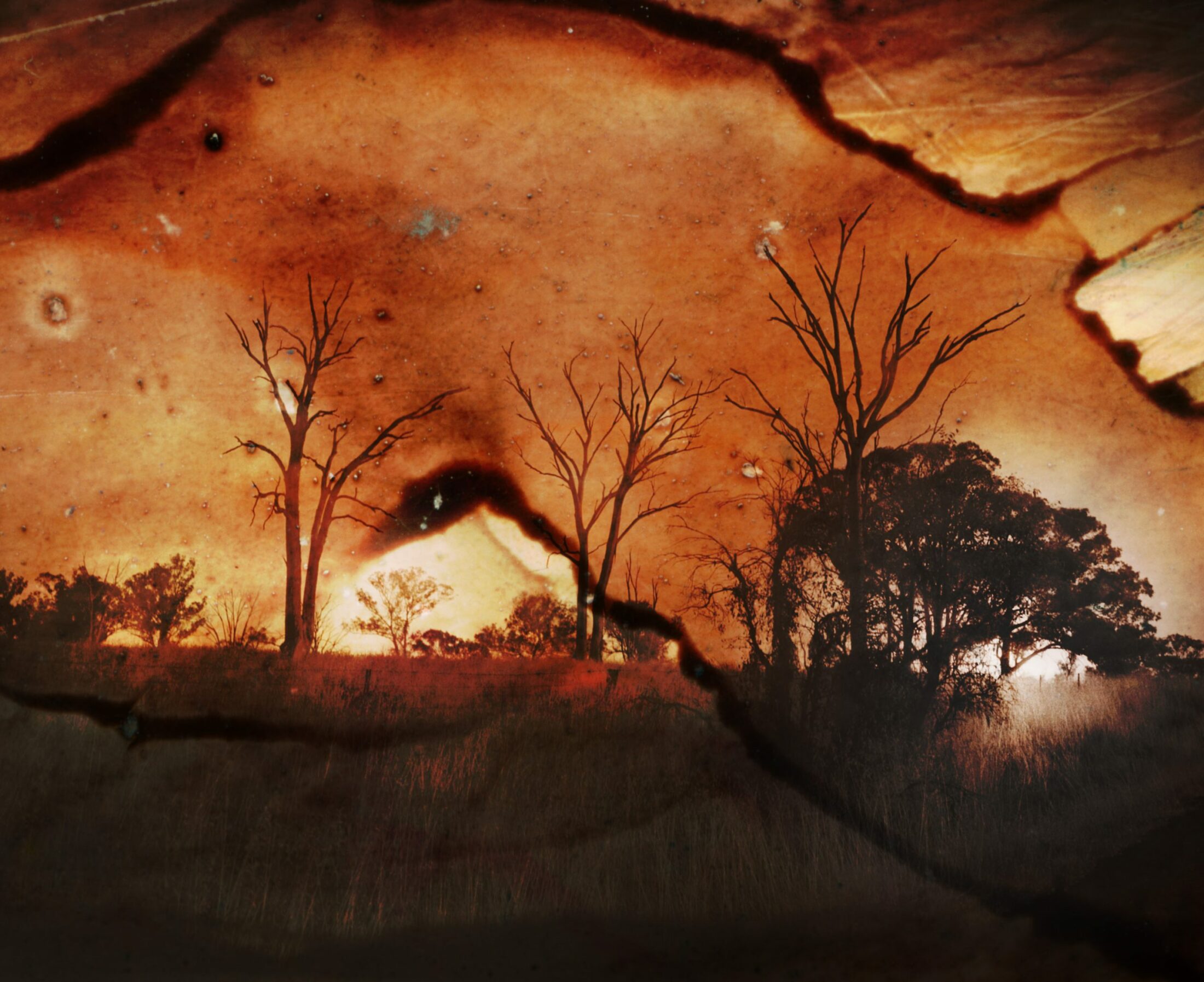 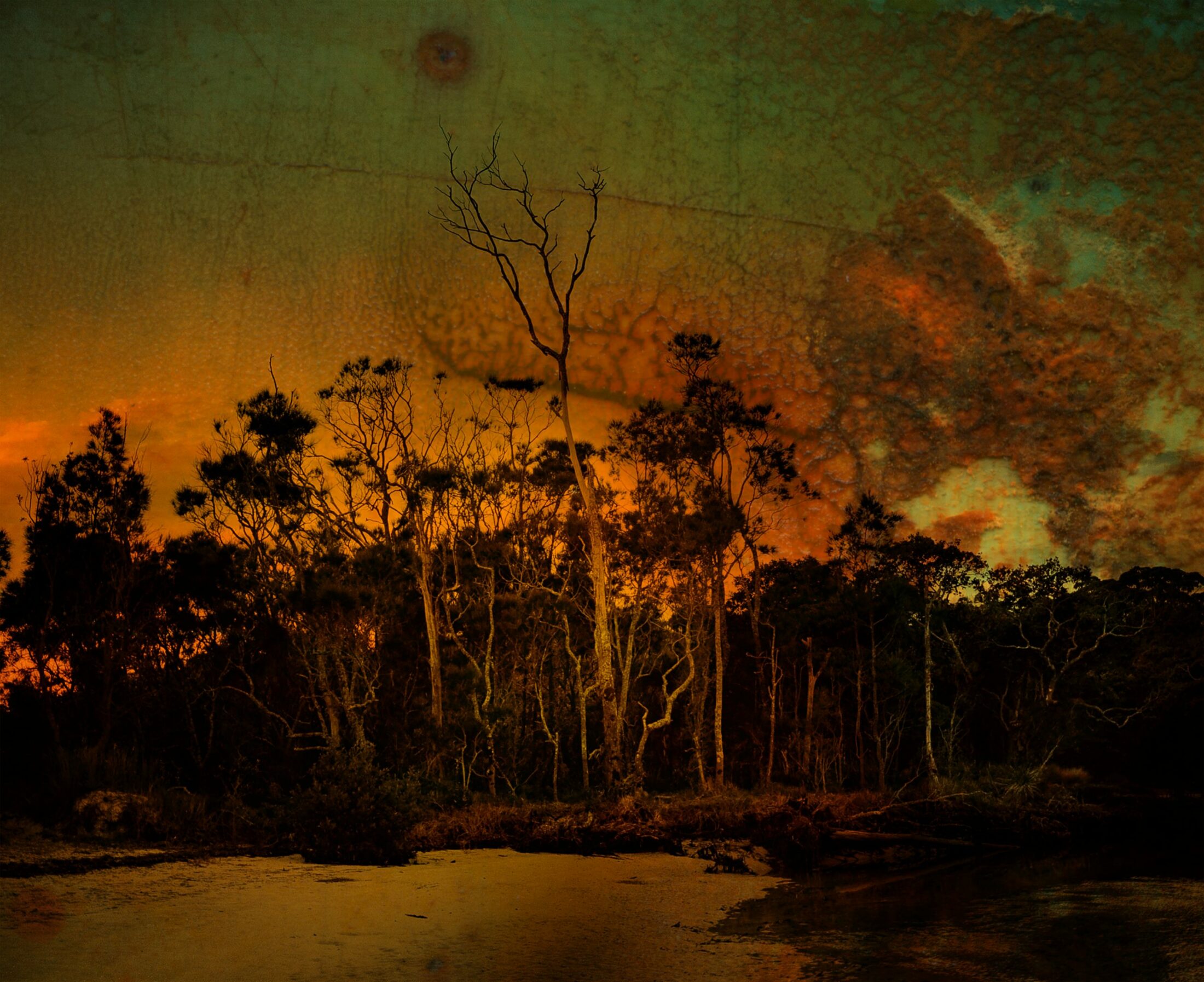 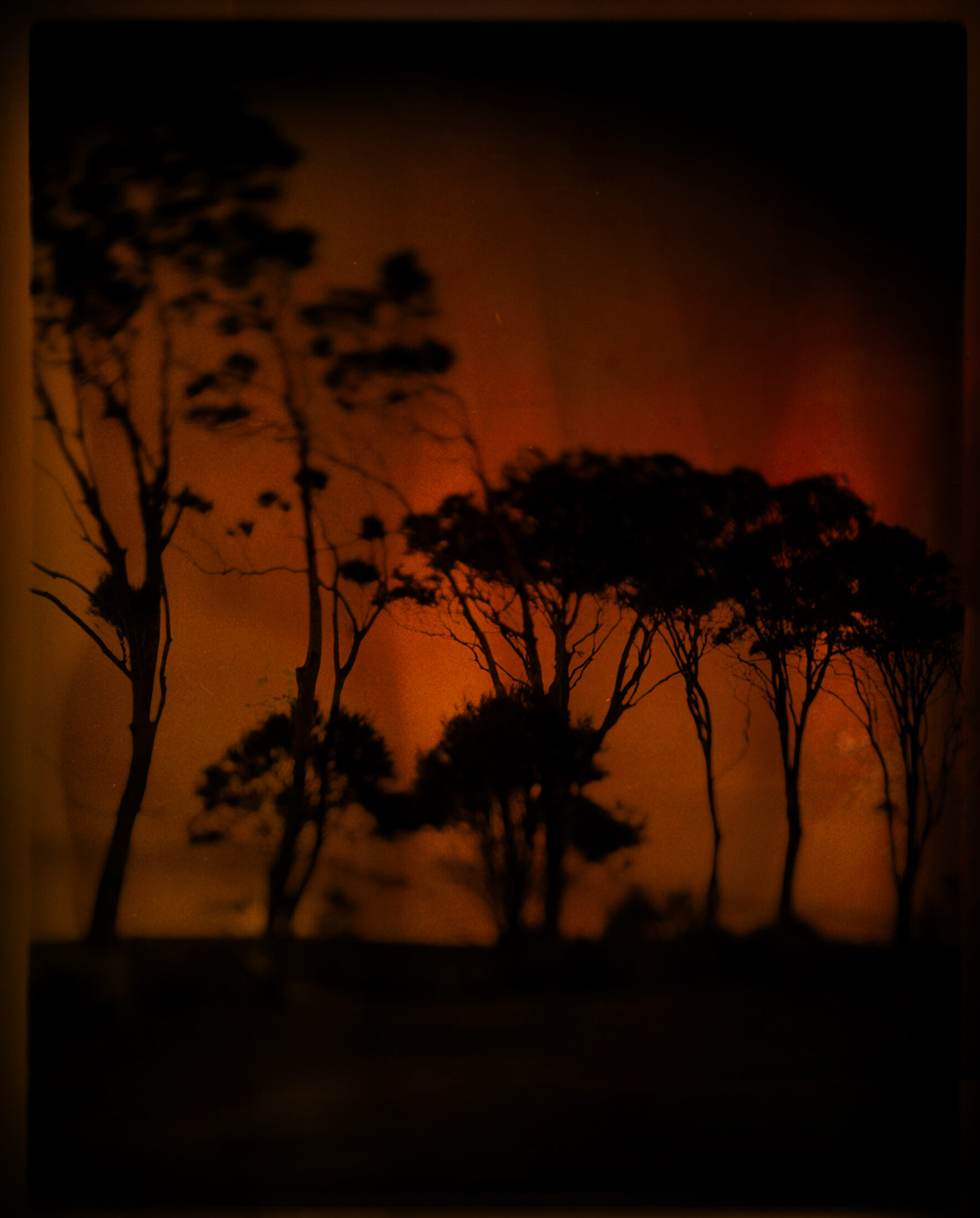 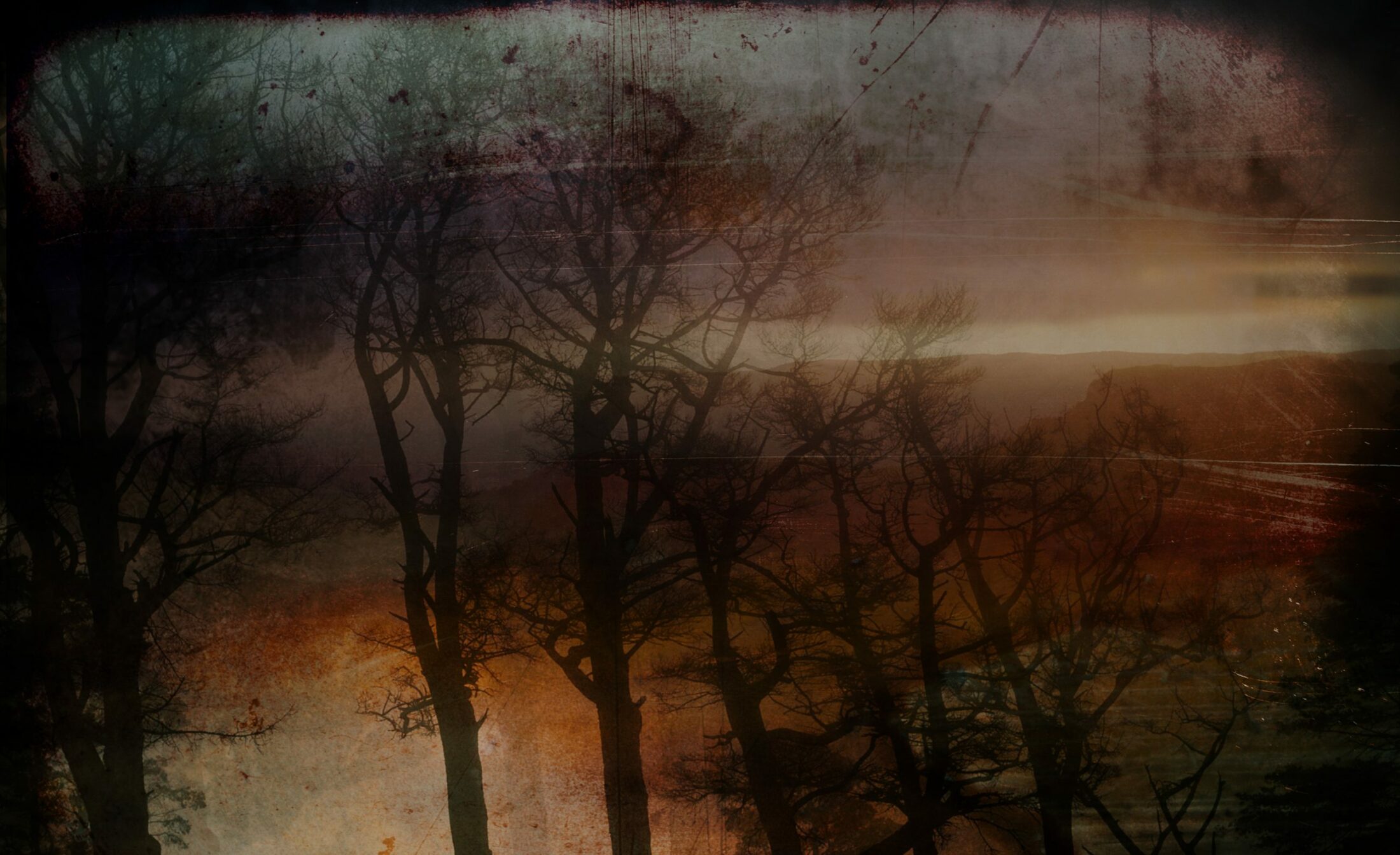 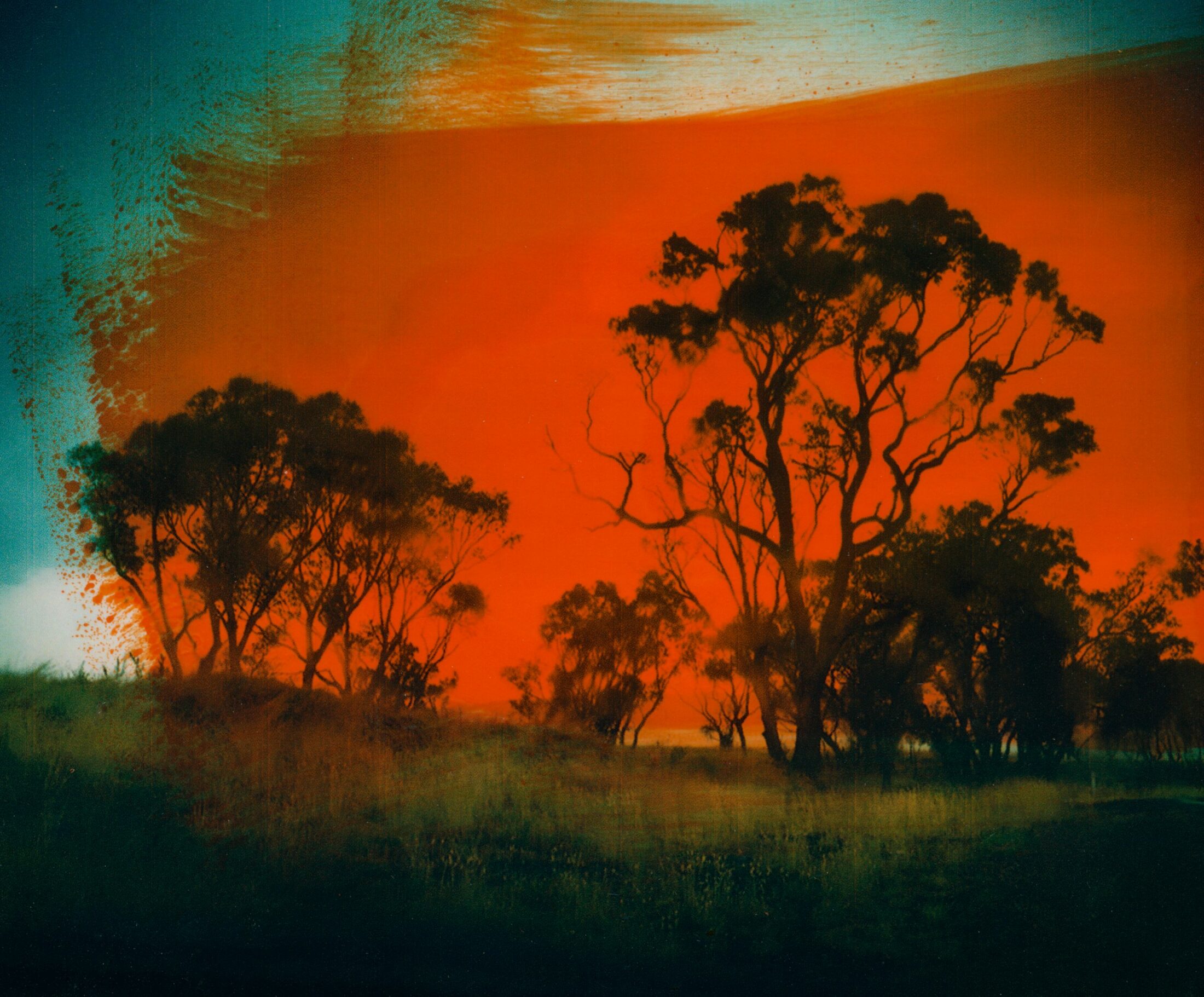 The palpable, prevalent fear and anxiety around the global COVID-19 crisis comes in part from the nature of the threat it presents: the unseen danger could be lurking in the very air that we breathe. But breathe we must, because to breathe is to live. What frightens us is that the virus, once it infects us, can then rob us of that breath. In the most severe cases, COVID-19 can lead to a buildup of fluid and inflammatory cells in the lungs, causing pneumonia. The patient is then unable to get enough oxygen into the bloodstream and their ability to expel carbon dioxide is compromised. In the most extreme cases, the fluid in the lungs can drown its victim.

For me, as an Australian, this current crisis comes hot on the heels of the recent bushfires that swept across my home country, and the numerous parallels are striking. This was another crisis in which the very air we breathed, this time thick with smoke rather than a pathogen, threatened to choke us. And the danger to life came from the opposing element: not water but fire.

The bushfires—some of which are still burning six months after the first outbreaks began last September—were the worst in recorded history. Years ago, I was trapped in a bushfire in the Hunter Valley, New South Wales. There were flames on either side of the highway, and I only very narrowly made it through them safely. It was one of the most terrifying moments of my life. Yet that fire was nothing compared to those that burned throughout Australia, where it is estimated that over ten million acres of land (an area almost the entire size of England) were scorched.

I’ve lived a large portion of my adult life abroad, but Australia is and always will be my home. The wild beauty of the Australian landscape is something that can only be fully appreciated when one is standing in its midst, at dusk, with birds screaming above, the wind tearing through the trees, and the waves pounding on the shore. The ferociousness of the climate feels unique. The changeable nature of the Australian weather seems to me a stark contrast to England, where I now live. I still wake up every single morning missing the wild Pacific Ocean. But for a time, that ocean was littered with the black, charred remains of burnt trees, blown in by the wind, and the air was too thick with smoke to see more than a few meters ahead.

I watched the news of the fires from my flat in cool and rainy London, feeling sick with anxiety as the flames came within ten kilometers of my parents’ mudbrick home, which they planned for years and lovingly built with their own hands. Friends and family all over the country were evacuated, some because the smoke was so toxic it was unsafe to breathe, others because their homes were threatened by the flames. Meanwhile, Australian politicians faltered and stammered, unable to adequately address the question of climate change or the roles that damming, mining, and coal exportation were playing in this catastrophe.

The only way I could combat the frustration of this political impotence and the anxiety of watching the country I love so dearly burning was to produce photographic work. And so I took existing prints from my last time in Australia and painted them with oils and inks, scratching and reworking them in an attempt at implanting my fear and anger into the images. As the fires roared through so much of the country, I could do little else but produce this work, in an attempt to express my devastation at what the country has experienced and as a comment on the land that is now lost.

Now, caught in the coronavirus pandemic, I find myself again considering the fragility of human life, but also our resilience in the face of it. The future feels uncertain in a way it never has before, and once again I have sought respite from the anxiety—which itself can tighten my chest and cause breathlessness—by making work. The slow and constant inhalation and exhalation of my own breath becomes a calming background to the production of my images, while the delicate and fragile cherry tree blossoms flower outside my window.

Special thanks to Ben Smith for his help developing this statement.